The Making of Plan Colombia

It was early 1999 and we were set for takeoff on the American flight from Bogota. Both of us sat in silence, unnatural for either the director of Andean Affairs, Phil Chicola or me. We were stunned and trying to process what we had just seen and heard.

Security had deteriorated markedly throughout the country. kidnapping, killing and extortion were becoming epidemic. If you could afford to fly between cities in the country, you did. (otherwise, you avoided driving beyond the city limits. Truckers, who had to drive, carried rolls of cash to make it through the many checkpoints of guerrillas and common criminals. The country’s borders, particularly those with Hugo Chavez’ Venezuela, were not much more than signposts as guerrilla fighters, weapons, drugs and cash moved back and forth virtually unchecked. Cocaine and heroin production spiked. The annual CIA estimate reported that the guerrilla FARC and ELN coffers were approaching a billion dollars per year. Moreover, the daily visa lines outside our embassy were snaking around the block as the government of President Andres Pastrana was losing its grip on huge swaths of territory.

Pastrana had been elected as the “Peace President” to follow through on his campaign pledge to negotiate an end to the 56-year conflict with the FARC and ELN. As a show of good faith for negotiations, Pastrana gave the FARC a safe haven (despeje) the size of New Jersey. In turn, the guerrillas used the despeje to recruit and train new fighters, including thousands of child soldiers that swelled their numbers to about 20,000. The Colombian state was failing from its borders inward.

This was bad enough, but what left us speechless, as we waited for takeoff, was our briefings at the Ministry of Defense. After the perfunctory slide shows by the police and army chiefs, “!Don’t worry, we got this now), we sat down with two US special forces officers assigned to the Ministry to put together all-source target packages for Colombian opps. We’d sat through a lot of these, but the briefings were particularly impressive, everything the Colombians would need to have and do to get the job done. It was all there, except to tie their shoes for them. Then came the obvious question… How many of these target packages have you put together and how many have they acted upon? The junior of the two said that about two dozen had been passed to them. The senior officer sheepishly answered that the Colombians had acted upon two in the last year. +e then went into why… little sharing or coordination among the many intell. agencies nor their operational components, they couldn*’t get the airlift when needed, intense infighting between the police and army over who would lead… so on and so forth.

Back on the plane, I turned to Phil, “We’ve got to do something and it has to be big.” Yeah, he said, but this is going to be hard. He knew this better than anybody because his daily grind was to reply to the mountains of outrage leveled at State by Congress, the press, human rights groups and those within the Clinton Administration that were justly incensed over the abuses by many in the army. But far worse, the army was turning a blind eye to the horrendous abuses of the paramilitaries, private armies supported by rural elites and ranchers. And, as Phil reminded me, getting an appropriation for this “big” package would take place in the midst of a presidential impeachment. Yes, all that was true, but the situation was dire, our current assistance was hopelessly conditioned and fragmented, there were key players in Congress that could be counted on, Pastrana could use a political boost at home, and Clinton, Secretary Albright and Pastrana had developed strong bonds. So we went to work. I reached for a pen. Phil searched for paper, couldn’t find any and reached into the seatback and pulled out the white barf bag… good enough.

Phil had been my DCM in El Salvador when our mission assistance was designed to support the peace accord, to reform/replace much of the government and the armed force sand to provide the essential carrots and sticks for the guerrillas to disarm and demobilize. In El Salvador, the basic elements to assist in creating an enduring government presence beyond the capital (new police force, rural courts, infrastructure development, job creation and training, village banking, farmland, political party prep. etc.) were all advanced under a peace agreement. In Colombia, their actions and our assistance had to get the guerrillas to the negotiating table… a very different panorama. By touchdown in Miami we had a set of critical components for the “big package”. It contained all of the previous and more (i.e. an all-service intell. fusion center and coca and poppy substitution) but it was also front-loaded with equipment and training for the military and police, security had to be the umbrella under which social, educational and health benefits could be provided to the war-weary rural dwellers.

At Colombian urging, the 1.2 billion initial budget request was henceforth called Plan Colombia. We then set out to get the Europeans to pony up. Some sixteen years and $12 billion dollars later, the FARC signed a peace agreement with the government and the smaller ELN has begun talks. From the start, the Colombians owned Plan Colombia, raising more than twice our contribution through “security taxes”. The vision and statesmanship of its elected leaders made the difference. The Plan’s success has made it a template for counter-insurgency worldwide. Colombian security and development specialists are found in Mexico, Central America and South America and have lent their expertise in Iraq, Afghanistan and beyond.

Rather than a failed state next to the currently failing Venezuela, Colombia is at peace. Its people are at home working, and foreign investment is increasing at a brisk fifteen percent per year. In August demand was four times higher than the offering of BBB rated bonds. Plan Colombia’s success was the result of tireless efforts on the part of Undersecretary Pickering and so many others at State, strong bonds of trust between our two counties, superb bi-partisanship through 16 years of Republican and Democratic administrations. But, more than anything, it was the courage of everyday Colombians in uniform and out who put their lives on the line for the sake of the patria that made the 1999 tipping point a success. It didn’t come either cheap or quick, but the policy worked. 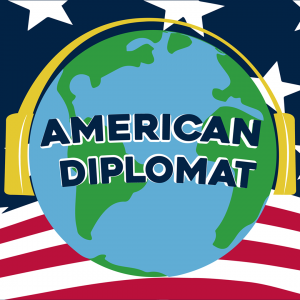